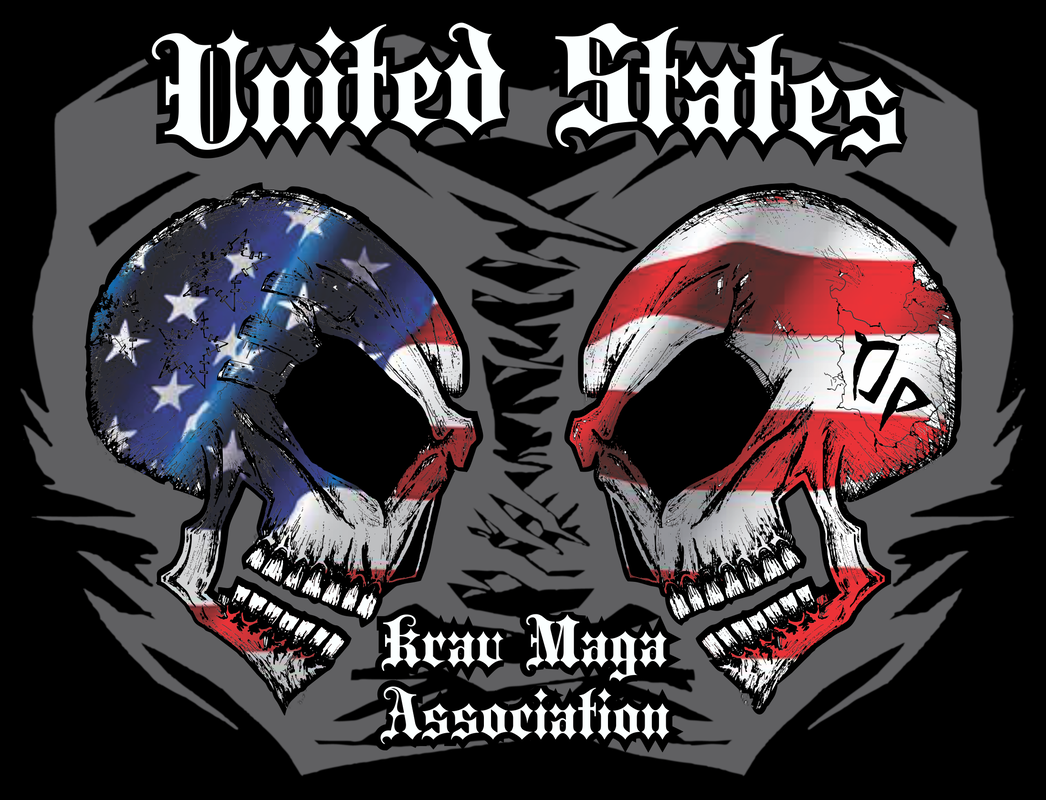 ​The United States Krav Maga Association’s techniques are, we believe, the most battle tested, most up to date and most effective self defense techniques you’ll find in any system.  We tweak, change and add to our curriculum continuously.  We aren’t locked into a system that honors a founder, we want to keep people safe and teach the best, easiest to learn, easiest to recall and most effective techniques possible.  We want the fewest answers to the most questions…for example, our handgun and knife disarms are basically one technique that can be used in several situations and scenarios (our cupping handgun technique works if the handgun is from the front, side, we are on our knees, we are mounted, the gunman is standing over us as we are on the ground, etc).  Having one technique to remember under stress is magic.  After saying all of this about our techniques please note that Krav Maga isn’t about techniques.  It is a philosophy based system.
Self defense (to us in the USKMA) is the ability to have our ‘flinch’ reaction take us from overwhelmed, terrified and uncomprehending to going forward with hatred and rage to do the most damage in the minimum amount of time as possible.  Krav Maga’s techniques will not save anyone, they are not magic.  Techniques will degrade under stress and exhaustion… a bunch!   Mixing our techniques (which are easy to learn, easy to remember, use gross, whole body motions and are designed to do as much damage as possible) with going off like a bomb bringing out all the anger and rage we can muster is the best chance any of us have at surviving violence.  Ask any law enforcement officer whom they would rather face;   1) a very proficient and talented martial artist or 2) some crazy who wants to claw off their face and chew on their eyes.  They would much rather face the martial artist every time.  If we can be both the crazy person and be proficient with  our techniques we will be a scary opponent indeed.
We bring this out in our classes by not just learning techniques but by putting what we learn under stress and exhaustion.  We run drills in our class that wear students out and push them to where most people would quit.  At that point it is all heart that gets them through and heart on the street is worth more than any technique or system.  We train this way because we will be much safer on the street when it’s for real and we have that “been there, done that” feeling.  Criminals use violence as a weapon, we must perfect that weapon and wield it better than they do.
​We are the only academy sanctioned by the USKMA in the entire state of Georgia. We have trained many Special Operators as well as many Police Departments in our system to make sure they have the tools to survive. We currently are serving the Rincon, Pooler, and Savannah areas.

Here’s a quick overview of the USKMA Krav Maga Curriculum